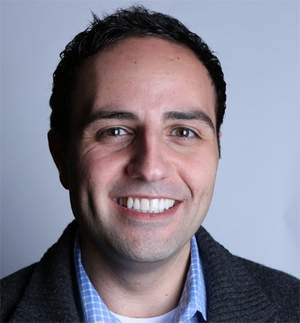 Syracuse University graduate Dan Tordjman is the founder of the horse racing website danonymousracing.com and is a freelance writer, blogger and handicapper who in 2014-’15 serves as the brand ambassador in New York for America’s Best Racing, an industry marketing initiative to build the next generation of racing fans. Tordjman was born into racing as the son of a Moroccan immigrant who became a horseplayer after moving next to an off-track-betting parlor in Brooklyn. But Tordjman’s own epiphany in the sport came as a 6-year-old in 1989 who fell in love with California star Sunday Silence when everyone else in New York was pulling for Easy Goer. “When he won the Kentucky Derby, horse racing was my game,” he says. Follow him on Twitter @DanonymousMan.

Handicapping the races is sometimes portrayed as some sort of mystic art, decipherable only by the likes of Kabbalists or those with advanced degrees in mathematics and the sciences. I’m here to tell you that you don’t have to have a masters or any ability to decode hidden meaning within the text of a racing form. Sure, understanding the races and the horses who run in them requires a fine eye. But picking a winner at the track can be as simple as you make it. The most important factor is your approach, which includes basic preparation, a positive attitude and common sense.

First and foremost, don’t expect to win on a consistent basis if you regularly go to the track, buy a program, scan it for 15 seconds looking for any single variable (a speed figure, jockey’s silk, horse’s name) and then blindly bet that horse to win. A hunch play might land you an occasional winning ticket but, over the long haul, it’s simply unrealistic to expect that what amounts to guessing will consistently net you a profit.

So, the first thing you need to do before ever heading to the track is print out a program and get to work at finding a few winners. Note that I stated “a few” and not a winner in every race. We’ll revisit this when we get to the common sense portion of race betting.

Once your program is open, don’t be intimidated. Yes, there might be a lot of numbers in front of you. Yes, all of the numbers represent information that handicappers depend on to make their wagering decisions. But NO, you don’t need to digest every single number to make an informed selection. Attempting to do so will invariably become an overwhelming process and begin to drain you mentally before you’ve even had the joy of ripping up your first losing ticket.

The key is to simplify your handicapping approach. Personally, I start with a projection of pace. That is to say that I try to predict, based on the running styles of each horse in a particular race, how the pace of a race will unfold.

By watching race replays, which are easily accessible online and on an increasing number of mobile apps, you’ll quickly figure out which horses like to run on the lead, which ones prefer to stalk a pace and which ones seem to always drop off the screen before emerging with a late rally from the back of the pack. When you’ve become comfortable with a racing form, you’ll also be able to obtain that information by simply looking at each horse’s previous running lines.

Now that you know who the “speed horses” and the “closers” are, ask yourself “will there be so much speed as to expect the speedster(s) will tire, setting this race up for a closer or closers?”

If there’s a lone speed horse in the race who has held up fairly well in previous races when it faced pressure from other speedsters, it’s fair to assume that the horse will show an improved effort without the additional pace pressure. Conversely, if the speedsters all seem to have issues when they’re challenged for the lead, start to focus your attention on some of the closers.

Next, you’ve got to force yourself to maintain a positive attitude. It’s an overused saying and plays as a double entendre when used in reference to racing but betting the horses is indeed “a marathon, not a sprint.” Like Matt Damon’s character in the movie “Rounders” lamented, a poker player can often recount with distinct accuracy their most painful losses. So too can horseplayers. The thing that separates the good ones is their ability to not dwell on those losses for long. And, rest assured, there will be losses (lots of losses) before you ever begin to win with some regularity.

Lastly, common sense is extremely important. As mentioned earlier, don’t overwhelm yourself by trying to handicap and bet every race. Try to focus your energy on just a few races and at only one track at a time. Not every race will offer an optimal betting opportunity. The time to get your money down is only when you see an opening, perhaps on a long shot that you like, to make a big score. To that point, the longer you play, the more clear it will become that you can’t always bet long shots and you certainly can’t always bet favorites. Just bet the horse that you like most.

A successful horse player learns to structure tickets that offer the greatest opportunity to maximize return on investment based on the odds of the horse(s) they like most in any given race. The operative word there being “learn.” It takes time. Don’t be discouraged when you lose and don’t bet impulsively. Now, if I’d only follow all of this advice myself!

← The King and I — A Preview of Maryland Million Day with King Leatherbury
Ben’s Cat, 2014 Maryland-Bred Horse of the Year →